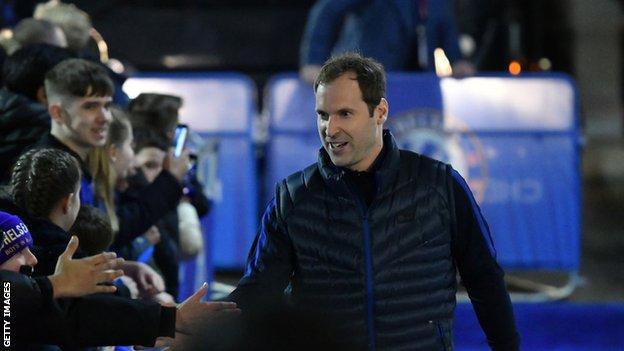 Petr Cech will leave his role as technical and performance adviser at Chelsea at the end of the month.

The former Blues goalkeeper took up the role in 2019, marking his return to Stamford Bridge.

The 40-year-old spent 11 years as a Chelsea player, winning 13 trophies, including four Premier League titles and the Champions League.

"It has been a huge privilege to perform this role at Chelsea for the past three years," he said.

"With the club under new ownership, I feel now is the right time for me to step aside.

"I am pleased that the club is now in an excellent position with the new owners and I am confident of its future success both on and off the pitch."

Cech is the latest person to leave Chelsea following the club's takeover by a consortium led by American businessman Todd Boehly.

Like Cech, on 30 June - and last week Chelsea also confirmed the .