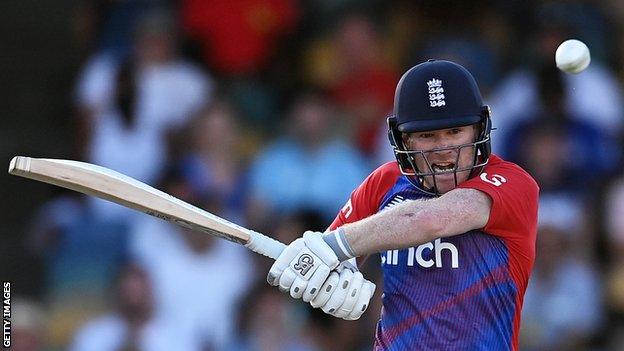 England captain Eoin Morgan will miss the final two matches of the Twenty20 series against the West Indies because of a thigh injury.

Morgan missed the third game, which England lost, on Wednesday after feeling some pain in the warm-up.

The England and Wales Cricket Board said tests had showed Morgan sustained a right thigh muscle injury which was "relatively minor".

England trail the series 2-1, with the last two games on Saturday and Sunday.

Morgan scored 17 in the opening match, in which his side were convincingly beaten after being bowled out for 103.

England then levelled the five-match series 1-1, with Morgan contributing 13 on the way to a one-run victory.

West Indies won the third game after England failed to chase down a total of 224.