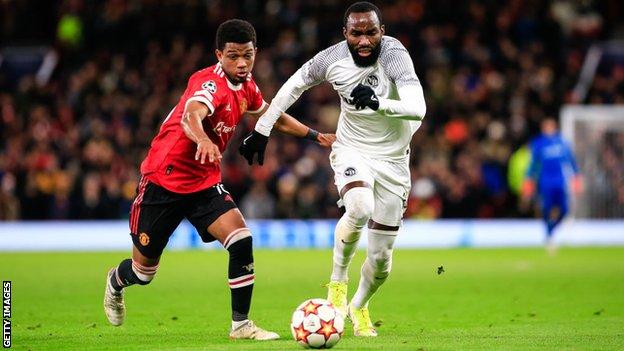 Manchester United winger Amad Diallo is to join Rangers on a six-month loan - a year after arriving at Old Trafford in a £19m move from Atalanta.

The 19-year-old Ivory Coast winger has made only nine appearances since his switch from the Serie A club.

His start in a 1-1 Champions League draw with Young Boys in December was his only game this campaign.

Rangers have been looking for attacking options after Ianis Hagi was ruled out for the rest of the season.

Diallo was due to join Feyenoord at the start of the season but the move fell through because of injury.

He has since returned to fitness but with his first-team chances restricted, United feel he will develop under Rangers manager Giovanni van Bronckhorst.

It is understood the deal is a straight loan with no option to buy.

Diallo became the first player to be signed and registered under post-Brexit rules.