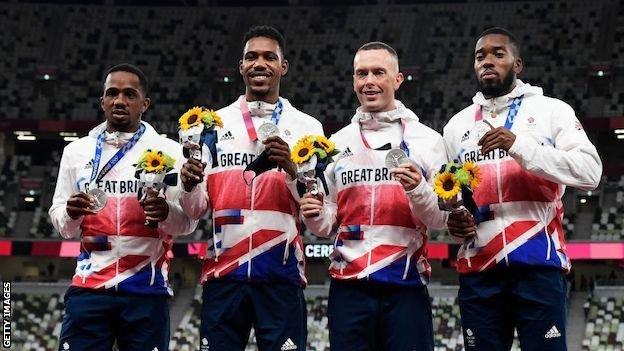 British sprinter Zharnel Hughes says he wants the doping investigation into team-mate CJ Ujah to be allowed to take place "without prejudice" - but insists athletes need a clean sport.

Ujah has been after a positive drugs test.

It came less than a week after he, Hughes, Richard Kilty and Nethaneel Mitchell-Blake won in Tokyo.

In a post on social media, he said: "I've not posted since the Olympics because of a situation out of my control - one I am not involved in, but may be impacted by.

"It would be easier to say nothing, but I think it's important to say that as athletes we need two things.

"First and foremost, a clean sport. The authorities are there to protect sport - something every athlete needs for fair competition.

"We also need to ensure that athletes finding themselves under the spotlight must have a fair hearing in their case, without prejudice."

Ujah has and said he is "shocked and devastated" after a drugs test showed the "presence/use" of two prohibited substances - ostarine and S-23 - which help with building muscle.

If the case against him is proved, the British relay quartet are likely to be stripped of their silver medals.