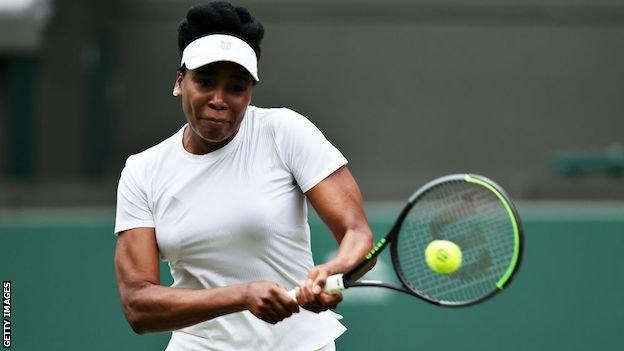 Seven-time singles Grand Slam champion Venus Williams crashed out of the Chicago Women's Open in the first round after being handed a wildcard.

It comes after her world ranking dropped to 147, her lowest since 1997.

The oldest person in the draw at 41, former world number one Williams lost 6-2 6-3 to Taiwan's Hsieh Su-wei.

At the Cleveland Championships, GB's Tara Moore was beaten 6-4 7-5 by Linda Fruhvirtova in the first round.

Williams has been awarded a wildcard for the Grand Slam - at which she won the singles title in 2000 and 2001.

The US Open takes place from 30 August-12 September.